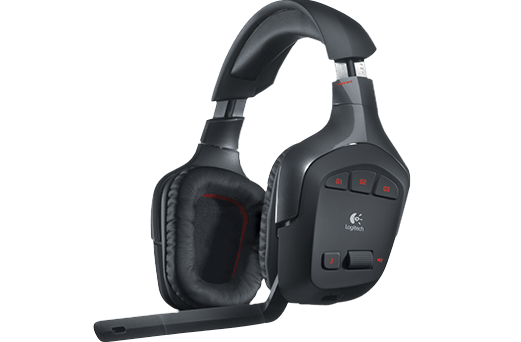 Update:
After I fixed the driver conflict and auto turnoff, the headset actually worked great and I got to like it a little. I also heard some rumours that the noises when turning on/off the headset could be fixed in the manifest xml file – but I haven’t tried that yet.  I would still not recommend it because of the high price, but if you get it cheap, so go for it 🙂 If you are reading this, you also know how to fix (most of) the issues.

I bought this headset yesterday. After testing it in about 6-7 hours, my recommendation is to DON’T buy this headset – or any gaming equipment from Logitech for that part (but that is another story).

After used Corsair Vengeance 2000 Wireless for about 3-4 years, the G930 was a hard downgrade. Not only does it cost almost twice as much as Vengaence 2000 when I bought it, but there has been only problems with it.

I unpacked the headset, connected it to my computer and installed the drivers. I was asked to restart, so I did. After reboot, the windows starts to give me messages with driver-conflict.

Solution to that was going to device manager, open the headset under sound and uninstall driver. After a new restart, this looks fine.

Next problem was that the headset turned off automatically every 900 seconds, this is every 15 minutes. Try writing «Logitech G930 d» in google, and you will get the most googled words in the autocomplete list. I then saw that I wasn’t the only one with this problem.

Solution: I found a solution by editing a .xml config file. The file is located here:
C:\Program Files\Logitech Gaming Software\Resources\G930\Manifest\Device_Manifest.xml

Set the turnOffInterval=»900″ to whatever you like. I wrote «0» as this is never. Writing 0 will mean that the headset will stay on forever, if you don’t turn it off manually. But turning off the headset myself is something I’m use to from Corsair, so this isn’t a problem for me.

After using the headset for 2-3 hours after these fixes, it worked pretty well. But there is still some weird noises some times, and the people you are speaking to also hear these noises.

The range for G930 is a lot better than my old Corsair, as I can now speak with others while sitting on my toilet – But that doesn’t really count as a positive thing 🙂

The only positive thing with G930 versus my old Vengeance is the fit. I feel it fits better to my head, it’s more slim and it’s better isolated from sound around you. It also has better battery, but that is expected from a new headset.

If you are in need of a new wireless headset, I would probably recommend looking at the Corsair VOID headset.